Dad, you deserve that entire trifle all to yourself, and ever much more. We love you, but you already know that. 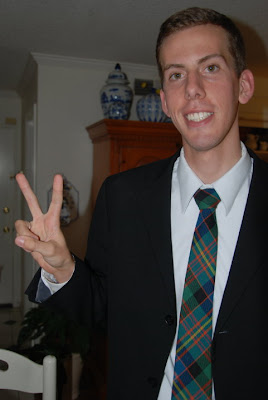 The man himself is home again. It's a wonder I didn't bite anyone's head off on Friday, June 11, because I woke up far earlier than I ever should (have?) to go into work before the sun was up to get some stuff done before I picked up my lover to witness the return of my wee brother. And if you think I did bite off your head that day, I'll thank you to not mention it in the comment box.
I was so nervous that something would happen and I'd miss his arrival. Every car that entered the John Wayne short term parking zone ahead of us was a threat to the moment I'd been waiting for these dos anos. We ended up making it free and clear, and I even had time to gain favor in the eyes of my chubby 19 month-old niece by introducing her to the purple killer whale shaped balloon I brought. It was my mother who was running late, and I'll never forget the sight of her, at an all-out sprint, streaming through the airport, hair bouncing, flouncing, and blowing with her unparalleled speed. What a mother won't do to see her baby boy again.
I think the people who stood in front of Cameron as he floated down the escalator were given quite the fright/show of their lives. We squealed, we ran, we pounced, we hugged, I wish I'd done my hair, because there are a lot of pictures that were taken that I just can't support in the vanity department. But it was a great Eaton family moment, one I'll never forget. 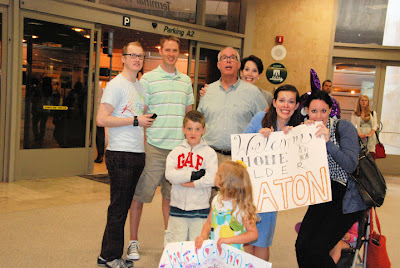 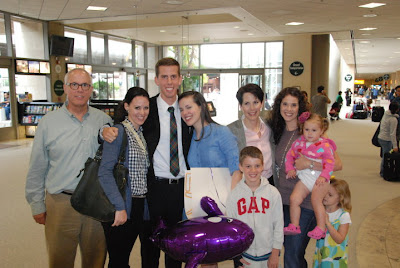 Just for the record, I was right about a few things, wrong about one: my older niece was shy, my nephew did tackle, my younger niece was like, "Huh? Who wants to go try to sneak onto the baggage claim thingies with me??" Sarah did NOT get to him first -- I guess my parents had worked out a deal that they'd get the first hugs. Anyway, after we sort of sat there and marveled, we went home to begin what was a very fun and very exhausting weekend.
I never realized how quiet our house is until it wasn't quiet anymore. I usually don't see our house during the daylight hours, and when I'm in it the only conversationalists/humans are obviously Jeffman and myself. Thursday night the blessed Jexies came rollin in in their swagger wagon from the desert, and then add in Sarah and Harry (your own personal jungle gym and barrel of monkeys) plus Merdy and Jim-a-Lim (barrel of monkeys and a bag of chips) plus the guest of honor of the weekend Cam, and it was chaos and din forever after. BUT there's no other reason(s) I'd rather have to struggle to hear myself think.
We went through plural gallons of milk (Jeff and I make an effort to get through a liter before it grows chunks), loaves of bread slices, a jar filled up with M&Ms and red Swedish Fish (a combo that just sort of happened that ended up being extremely edible), and did laundry loadS with attitude.
We went to the water park at Lladro Ranch, and I'm not sure who was more excited, the kids or Harry. Scratch that, I AM sure who was more excited -- Harry, closely followed by Jubees. 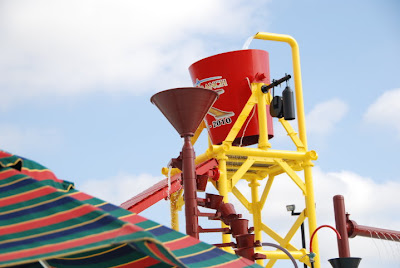 I consistently bribed my younger niece with candy in exchange for affection and attention. 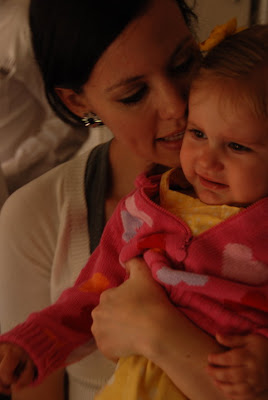 She makes that face when she's really happy. Really! 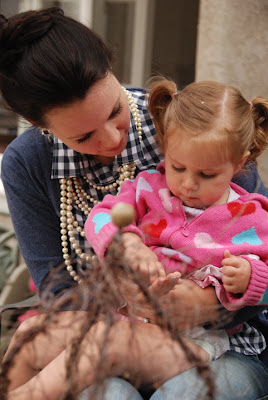 "M&M for you, M&M for me."
By Tuesday morning we were good friends and she even said in her slurpy voice through her binky/pacifier/"deedee" in our family, "Cool!" in reference to the beads on my shirt as I was about to leave for work.
It was all really, really awesome.
The best part is Cameron is still here. He's home and re-learning English and re-discovering what it is to be eating lots of crap. We love you, Cam, thanks for coming home to us in 1 piece. 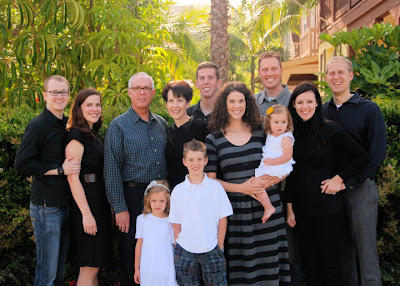 Email ThisBlogThis!Share to TwitterShare to FacebookShare to Pinterest
Not unlike Family

A kitchen, a hallway, and a nook

The previous owners left a fridge in the garage for us which we hastily moved into the kitchen. They also left a mirror above the fireplace (not pictured!) that is AWESOME and perfect. I was sure they'd want to take it along but it didn't happen. We found out why once we got the keys. That thing is not coming off that wall when the nuclear bomb infused meteor hits.

The previous owners were also compulsive hammer-ers. So many nails in so many walls!!!! Some people make goals to lift heavier weights or save money for a vacation. They set a goal to hammer more nails into the wall than they did the day before. Thus, we've been spackling and painting over, and we've also been pruning and planting and organizing and just loving it. Flowers! We helped out in mum's garden growing up, so this shouldn't be a shock, but it is still just incredible to me that if you put the seed/flower in the ground, give it some water and leave it alone, it will give you lush flowers! Unbelievable! Anyway, here are a few visuals.

P.S. Those lemons on the table are fresh from our garden! 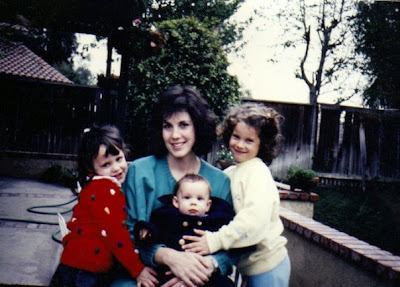 The smallest one you see there on the lap of my mother (with the awesome toddler pea coat?!) is the girl who turned 24 years young yesterday. My hearty congratulations and woop woops. 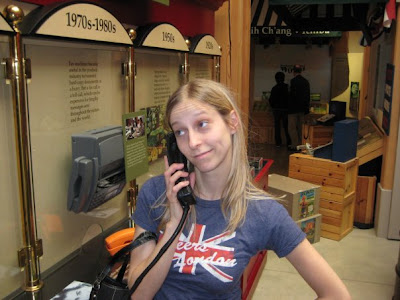 Email ThisBlogThis!Share to TwitterShare to FacebookShare to Pinterest
Not unlike bday, Isn't it romantic.

- I absolutely get a kick out of emptying the lint thingie in the dryer and emptying our bagless vaccuum. Especially the vaccuum emptying. Such instant satisfaction! I feel like I've just won a battle against the forces that would have us live in unseen filthy squalor.

- Once I matched up the lyrics of a Coldplay song to be about The Book of Mormon story about the brother of Jared. Scripture references and all. Sarah helped.

- Bridge Mix is a family drug.

- I am admittedly not the greatest driver. But it is a truth universally acknowledged that the 2 dents on my car were not in any way caused by me.

- I like to listen to "All These Things That I've Done" by The Killers when I work out.

- I used to sing ALL THE TIME.

- I spent the first chunk of my adulthood feeling unsettled and angsty at times in the forefront, at other times rear quarters of my brain and soul. My mission wiped that away and gave me the self esteem I didn't know I was missing. This was something I wasn't expecting to be a result of my mission, but I'm grateful every day for it. It also makes me grateful for the people who encouraged me to go.

- I suffer from decoration anxiety.

So frazzled and/or tired my phone rang today and I said "Hello??" before I even reached for it the speaker button.
Made pad thai to celebrate my classes being over for 2 weeks and I don't feeel so goooood....???
Sarah dear's bday is coming up.
Probably shouldn't admit this but a Celine Dion song came on the radio on the way home from work and I sang along at the top of my lungs the entire time and after thought, "Gosh that was fun!"
Vandersloot and OJ. Can't get away from bad habits of sorts.
Gotta get some writing in during these next 2 weeks before the madness is kicked up another couple o' knotches.
No comments:

Email ThisBlogThis!Share to TwitterShare to FacebookShare to Pinterest
Not unlike stuff
Newer Posts Older Posts Home
Subscribe to: Posts (Atom)