Well, Ruthie turned 9 months old yesterday, so I guess it's time I document her birth in greater detail than I did on Instagram.

This pregnancy was brutal.  You know how you can have a wonderful and rich life, but because of hormones and the internal chemicals they get wriggling around, at certain points of your life you are unable to feel the wonder and richness of your life?  That was April 2015 to January 2016 for me.  So, needless to say, as Jeff and I were riding the elevator to the 2nd floor of the Mission Viejo Hospital, en route to the LABOR AND DELIVERY WARD, for my induction at 7:00 AM on January 8, I was absolutely giddy.  We got off the elevator and all 1_ 9 pounds of me did some pirouettes and twirls and prances toward the nurse's station.  I was so grateful to have finally arrived at my induction day. Even though we later paid through the nose for such services, they escorted us to the room and showed me the gown I was to put on and I was thinking things like, "Really??  For me??  WHAT WONDERFUL PEOPLE!" Again, I was just so happy that this was all really going to go down -- I was going to check a pregnancy at the door and go home with a baby.  Do I make my point? I have even more stories about the gleeful quality of the end of the pregnancy, but I'm done with them for now.

I don't remember my nurse's name.  She was the most no-nonsense nurse of my 3 deliveries.  Super nice, though, and we started getting all plugged in.  Dr. Capobianco came in and, knowing how greatly anticipated this day was, came to the foot of my bed and grabbed my blanketed toes and had them do a little dance.  "You made it!" he said.  He said he could break my water now, or we could wait until 12:30 PM when he was done assisting with a C-section.  My nurse had strongly recommended waiting until after my epidural was coursing to get my water broken, just in case the anesthesiologist was delayed and I started having big labor (and duh pain) before he could get to me, but the prospect of waiting until the afternoon for my labor to start seemed silly.  I rolled the dice and POP went my little water.  And it was all good, cuz my lovely anesthesiologist (whose name I also forgot) gave me the juice pretty quick.

I was so excited to just relax and let the contractions rock and roll while I was blissfully unaware, and I caught some sleep.  My sisters and sisters-in-law and close friends and mom texted every so often to check in, and I was happy as a clam, relishing what I knew could very well be my final delivery. Things progressed slowly at first, and then a quick race to the end.  She was ready to come!  The nurse called my doctor, and a few minutes later, the power went out.  That caught me by surprise.  I remember thinking, "WHAT?  The power can't go out in a HOSPITAL, I'm about to have a BABY!"

The generators brought it back on several seconds later, but the monitor that showed the baby's heart rate and contractions didn't.  The nurse said it was no problem.  We waited for the doctor, and I was very blissfully unaware (still).  I didn't notice, but Jeff realized our nurse was pacing, calling the doc every couple of minutes, and kept marching to the window where she'd be able to see him coming from his office across the street.  She seemed to be getting nervous that the baby's heart rate was plummeting or there was some sort of distress and we'd have no idea.  She was putting on gloves and telling me we'd start pushing without Dr. Capo when he thankfully came trotting through the parking lot.  She and Jeff were relieved and I was just lying there enjoying my epidural.

In came the doc in all his scrubbed glory, and I began to push.  Just 2 pushes, just a few minutes, and she was in my arms.  Pink as a Mentos, with a shock of almost-black hair like mine.  After holding her for a minute, they snatched her up to weigh and measure her.  She was 8 pounds, 10 ounces, and 19.5 inches. Once she got nursing, she stopped screaming :).  How do I go on from here in the story, though?  Anyone who's gone through child birth, or held a mother's hand while their child came barreling into the world, knows how inexplicably charged it is, how heart-wrenchingly wonderful.  Going back to each step of the day in my memory just makes my heart swell, swirl, and hurt a little.  What I wouldn't give to relive it again and again.  Ruthie was beautiful and sweet.  I just knew she was a good one, and I had been waiting to meet her for so long.  It took all day to decide on her name (it was between 3 in the end), but once Ruth was chosen it attached to her quickly.  The next two days were some of the best of my life, me and my Ruthie girl in our little recovery wing hospital bubble.

She is the apple of our eyes, and we love her every single day. 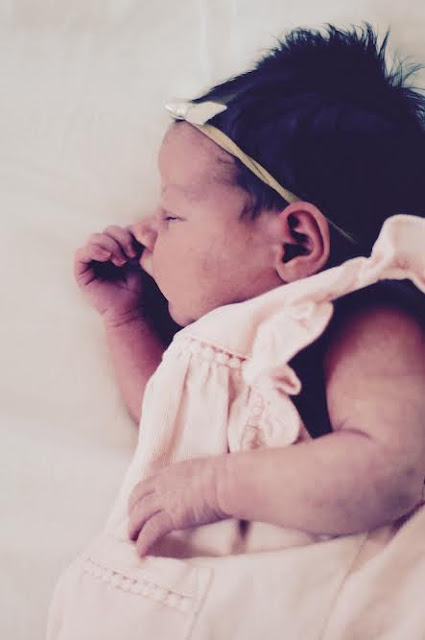 It took me 5 minutes to remember how to sign in.

I'm back!  Long enough for this update.

I totally love reading my last post and knowing that I am now long past that pregnancy.  WOOT WOOT!  Pregnancy is not my friend.  Babies, however, are my friends.  Ruthie is here, and she is glorious.  That delivery and my darling baby deserve their own post, which maybe I'll get to before she goes off to college.  She is 8 months tomorrow.

Here's an update on my threeeeee children:

Jude:  He started kindergarten a few weeks ago.  Star Wars OBSESSED.  As of last week, Power Ranger obsessed, too.  He is still my biggest fan, and tells me that I'm the best mom in the whole world even when I'm in no way an even fun mom (i.e. my entire pregnancy with Ruthie and the 3 months that followed her birth, at the very least). He is becoming more independent, but if I leave the room to switch the clothes from the washer to the dryer, and I haven't told him or he forgets I told him, he calls my name in a panicked voice like I just vanished and may never return (eeeeehhhhhhhhhhhhh).  Kindergarten is WONDERFUL.  He loves it, he loves his teacher, he loves his friends there, he loves learning.  He comes home happy every day.  Jude sometimes talks like he's on Happy Days.  Like in a "gee golly" kind of way.  He and Graham are really good at driving other up the wall, they are exceedingly good at beating each other up, but then they're also really sweet to each other (are they siblings or something?).  Today was Graham's first day of preschool, and as we were getting ready to head out the door Jude started giving him all the tips and making sure he remembered the rules from last school year, and it was the cutest thing. He's on the soccer team, he's taken a bunch of skateboard lessons, and he loves to swim, but I think his true loves are drawing and Lego building. He's analytical and very insightful with the abstract.  Last month he told me about how they always play a certain tune (and sang it for me) when Anakin Skywalker makes a choice that gets him closer to being Darth Vader.  What 5 year old just does that?  Anyway.  I am so proud of him.  My hopes for him this year are that he conquers his fears of imperfect performance, and that he learns to read and loves it (we've been doing the reading lessons together all summer but he currently does NOT love it).

Graham: He's a lover.  He is the most affectionate 3 year old I've ever seen in my life.  He will glom onto me any time, and during Sacrament Meeting always climbs onto my lap and says, "Letth Kith!" He has had it up to his eyeballs with Jude doing all the fun stuff, and always finds a way to sneak onto the soccer field during practice (like they won't notice).  He still throws killer tantrums.  He has really great natural balance, and does not give 2 hoots about drawing or coloring or learning letters.  The mellow disposition that has made him so easy and delightful to raise in most ways is biting me big time with the potty training -- he has been #1 potty trained since March (after 1 day of learning), but the #2 is still a big issue.  He just does not care.  I do care, as I'm the one rinsing out underpants (sob sob sob).  Anyway.  He asks the most hilarious questions, like "Mom, what is a steamroller called??" and gets the cutest quizzical look on his face. His voice is raspy, his hair is blonde, he's built exactly like my brother Cameron (whom he's named for and who is built like a McOmber, so sayeth the McOmbers).  He is boycotting food lately, so I had to cut him off from milk to get him to buckle down and eat. He loves nursery and his nursery leaders.  He plays independently most of the time, Jude is his best playmate.

Ruthie: A slushy, gushy, almost-8-month-old.  She is in that magic phase where she just smiles at me like I'm in the business of hanging the moon at all times.  She has my hair, just a little lighter brown.  She has the usual Hayes kid blue eyes, super-sized.  She crawls as of last week, and says "mamamamama".  She is in love with her brothers, and they are in love with her.  She laughs and grins at everything they do.  She has no girly toys, so she chews on Star Wars figurines, lightsabers, and Magna Tiles.  It was a rough beginning with her (not so much because of her, just the THREE aspect), but at about 3 months along a lot of things fell into place and she's had us in baby magic land.  I really think most of the time I ought to be done with issuing forth more progeny, but she's so delicious, I can't stand the thought of this being the end of my baby snuggling days.  Sometimes I wonder if women have this self-destructive need to keep having babies until we are so broken by them it is undeniably clear that we should be sterilized (yikes).  And then how do the other kids do in the midst of another difficult pregnancy and 3 or 4 months of sleep-deprived, hormonally super-charged life? I don't know.  Anyway, the upshot here is that I've been drinking in every moment of my Ruth Kathryn.  She can do no wrong, we love every inch and ounce of her, and I genuinely look forward to each coming stage.  I really get excited about the clothes awaiting her future sizes in her closet.  I dream of the day she will happily watch The Sound of Music with me (which just the tease of makes the boys scream or sob).  She just makes us all happier and better.

I have about 4,000 funny quotes in a note on my iPhone from the boys, maybe next I'll get around to that.  And they're also not in chronological order, so there's that, too.  High 5!  And welcome back to the blogging world to me!
No comments: