Jude's Drug, Plus a Nickname I Don't Use Anymore

I just discovered that if Jude is fussing for whatever reason, his angst can be soothed by the vocal stylings of moi, a la How Much is that Doggy in the Window.

If you don't know it, it goes a little like

My mom used to sing it to us when we were taking our bath and it just started slipping out of my mouth.  No other song has ever had such a powerful effect.

My mom used to also call my brother "Buster Brown" when he was a babe.  That also started slipping out of my mouth, and then I realized I didn't know who or what Buster Brown was.  I looked it up on Wikipedia.  Freaky.  (I just asked my mom what she took it from and apparently it was a brand of shoes when she was growing up.) 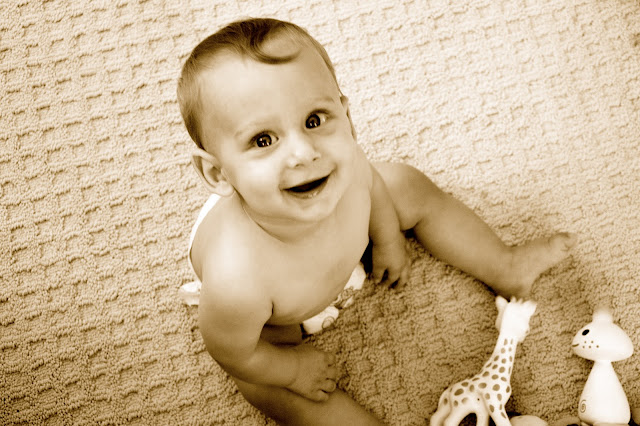 The Day Whole Foods and I were Friends

I have a funky, fond amusement for Whole Foods, but I always feel a little like an intruder when I go in.   I feel certain they ALL know that I think the people shopping in certain sections are being taken for a ride because there is just no reason for ____ to cost that much.  They know I think it smells funny in there, and they're offended.  But I also have the sneaking suspicion that not everyone, but some of the flocks of liberal granolas there are aware of my conservative voting record, the amount of Diet Coke I guzzle every day, they know that I belong to a patriarchal religion, and lead a very traditional lifestyle.  And they frown on it or feel sorry for me, as I am surely sheltered, out of touch, maybe brainwashed, or a bigot.

But one day, a month or two ago, I was picking up some Fenugreek at Whole Foods by Jeff's office.  I was going to go visit him at work but Jude was hungry and I was starting to get flustered thinking of where I could feed him...

and then I slipped into a booth in the cafe section, and it was awesome because everyone that walked by was so happy for me, and we all understood each other.
2 comments:

Email ThisBlogThis!Share to TwitterShare to FacebookShare to Pinterest
Not unlike stuff

It's been such a long time 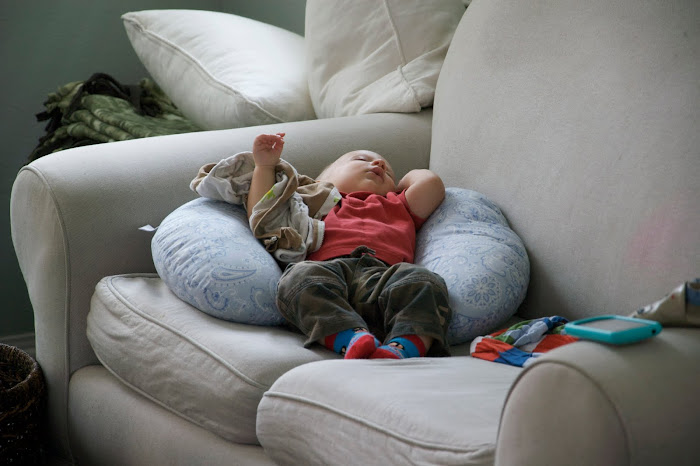 since he fell asleep on my lap,
and then stayed asleep while I moved him off my lap to the couch,
and snoozed while I clinked and clanked around in the kitchen.
2 comments: 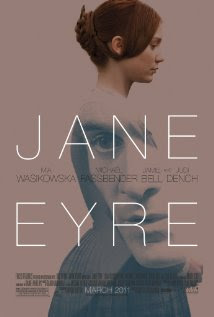 There are about a million versions of Jane E. out in the cinematic abyss, but this one takes the cake! I can not stop thinking about it. With such a dark story it's easy to overdo this one. This version didn't give the feeling of such extreme darkness but also kept up the intensity of the story. Oooohh I really was sucked in.
5 comments:

Email ThisBlogThis!Share to TwitterShare to FacebookShare to Pinterest
Not unlike feature films

Our Adjudicator is 7 months old. Woosh!
He has discovered our technology. 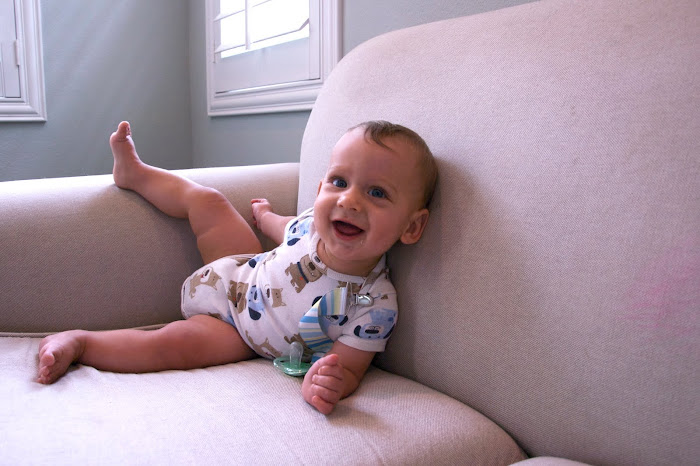 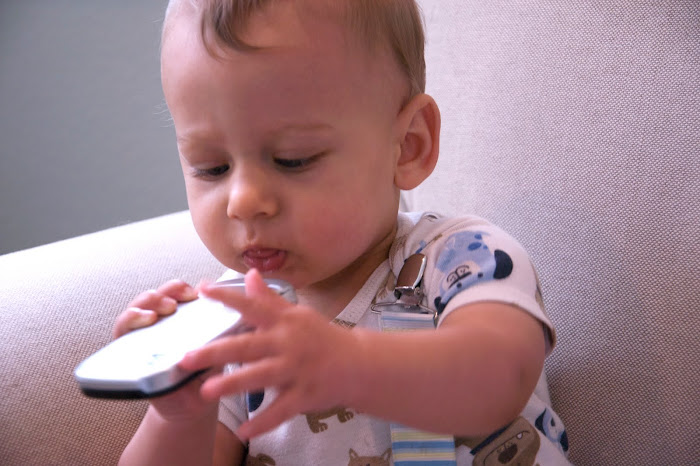 And he wants it. 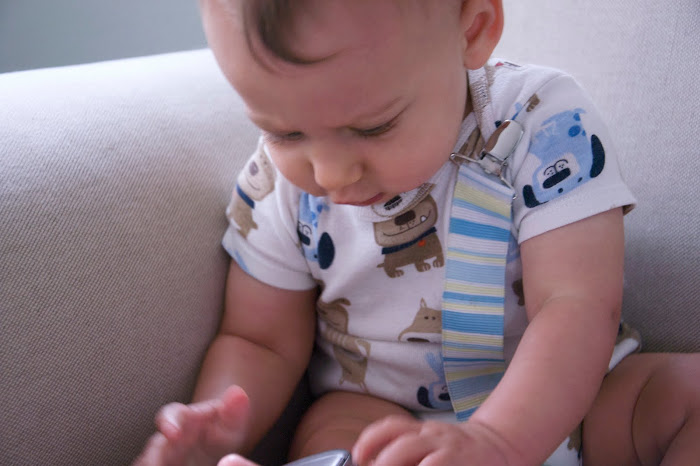 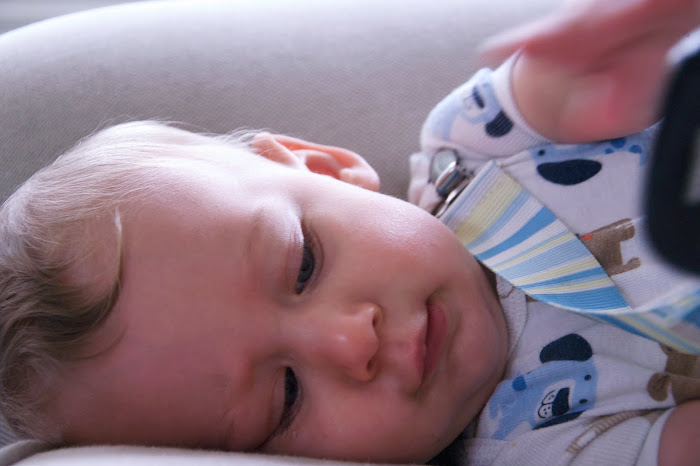 He also stares at my Diet Coke cans. Maybe I should put on his wall, "Happiness is not having what you want, it's wanting what you have," which is, of course, parsnips and carrots and spinach and blueberries and rice cereal and not the lifeblood of the Hayes adults. This makes me feel a little like when Betty Draper puts Sally in a big, huge Time Out when she's caught smoking her ciggies -- oh well!
He started saying, "DADADADADADADADADADADADAADADADADA" yesterday.
He wouldn't take his naps yesterday. In the afternoon I put him in his jumper because that usually speeds up his realization that he wants to lie down and snooze. Nope, he stood there, arms straight out and flexed, with a very determined look on his face, squealing, yelling and clearly telling me and anyone else who cared to listen something of the utmost importance. (He later conked out.)
He's our bouncing, laughing, ticklish guy.
3 comments:

We spent most of the weekend in Vegas this year. Jude did much better this road trip than the last time -- but when the last time is the time he cried 99% of the way, it couldn't have been much worse :). I think he's passed the test and is approved for the 7 hour car trip to Palo Alto we have planned for October.
It was great to see everyone and we properly gorged ourselves at a buffet. Robert had a deal at the hotel we went to, but we had to sign up to the "Player's Club" to get the discount. Jeff and I are now playahs.
We swam, watched some of the tube, talked and talked, and Jude was loved up. I would like to make it known that I love ALL my nieces and nephews equally, but it must be said that on this trip, my nephew seen below had me especially wrapped around his little fingers. He is so snugly and a total hoot. 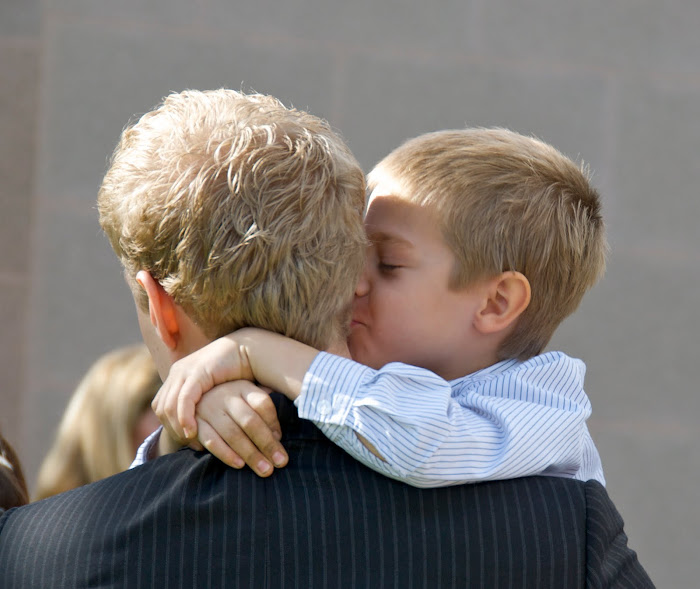 I forgot my camera, but my father-in-law didn't, and here is some proof of the cuteness I get to behold every time our families get together. Ooooohs and Aaaahs are permissible. 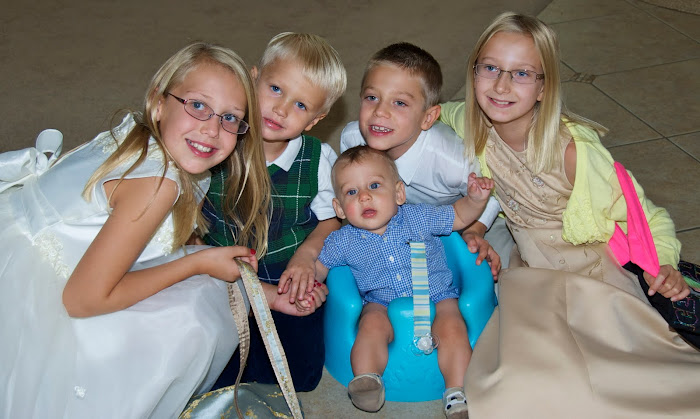 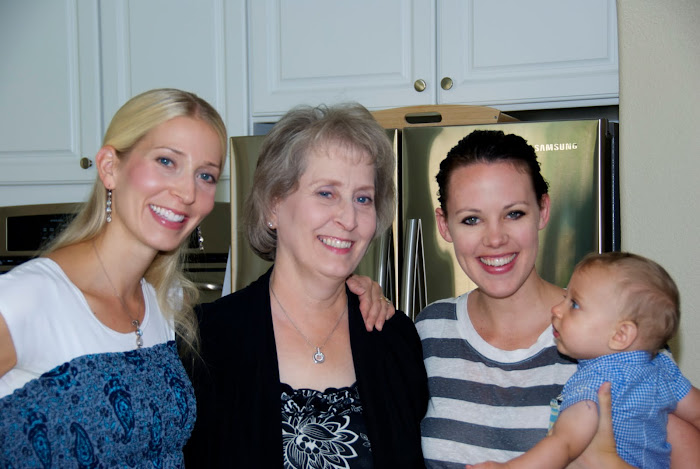 Can you tell by the size of my cheeks that I spent a lot of time at the dessert bar of the buffet?
Happy Labor Day 2011
3 comments:

Email ThisBlogThis!Share to TwitterShare to FacebookShare to Pinterest
Not unlike Family, holiday phun, Jude, visits

When we moved into our house (already much more than a year ago!), there was a fridge in the garage left for us. It was small but free, oh wait, I mean no additional cost, so we hauled it into the kitchen and have used it and used it good. It started leaking out the bottom but we kept using it until (ssshhhhocking!) it started damaging the wood.
We looked at fridges at Home Depot 2 weekends ago and found one we liked; Monday it went on sale. Kaboom! Now it sits in our kitchen, most lovely indeed. (Did you hear that, Pottery Barn? We ordered something on a Tuesday and it was in our house Thursday! We still haven't received our sectional.) 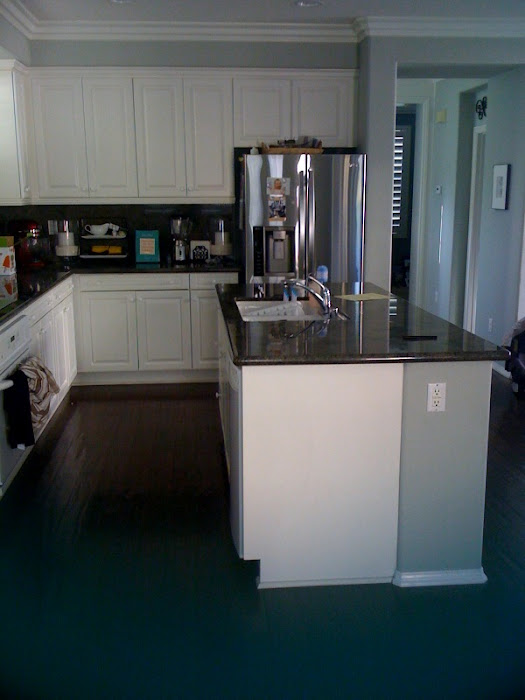 Then after that all hell broke loose. We were feeling quite reckless and hauled off and bought a Zoku popsicle maker on sale. It's been a big hit between the two of us, and we are excited to build street cred with Jude next year when he's old enough to eat po'sicos.
The power was out for 4 hours this afternoon. Jeff came home a couple of hours early, and even though his plan was to work from home, I think it was most providential as he would have otherwise been caught in the most hideous traffic, and unable to work at his office! We went to the pool and Jude was, for the first time, LOVING IT. I am so drinking the motherhood kool-aid.
He had not been loving how hot the house was. Hence the trip to the swimming pool. 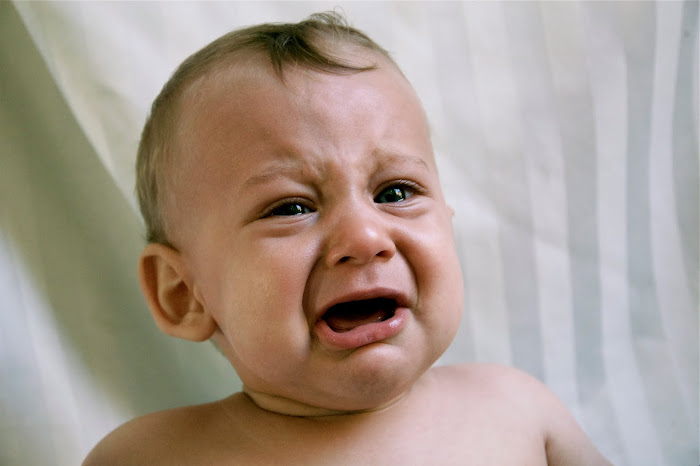 We drove around trying to find out if and where the power was coming back on, came home, put Jude in his crib, lit candles, and just as I was starting to hit a Zen about all the fruits of my Costco labor that happened TODAY going to waste, the power turned back on.
And therefore I was able to blog.
1 comment:

Email ThisBlogThis!Share to TwitterShare to FacebookShare to Pinterest
Not unlike Jude, stuff

Not all streamable on Netflix.... 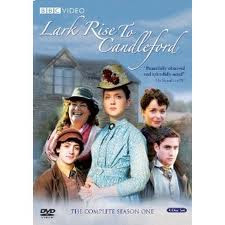 My mom has been trying to get me to watch this for a while, and after some reluctance (the title is weird -- I could not remember what it was called), I am now appropriately addicted. I always have the subtitles on because their accents are funky and they mumble at times.

If you watch Downton Abbey, A&E's P&P, Keira Knightley's P&P, or Notting Hill, you'll recognize some faces. I like Brendon Coyle so much better as Mr. Bates; in this show he is so over the top with his condescending idealism. Anyway, it's really a sweet show and I'll keep watching it. 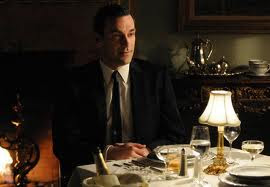 I'm sure we all know now that Mad Men is streamable on Netflix. I don't know how much more I can watch of this show. Usually when the episode is over I have a stomach ache. I skipped pretty much all of Season 4 and watched the season finale last night, just to, you know, get the gist. Oh Don. I love you and hate watching you self-destruct AND hurt people. Monogamy doesn't work for you, or you don't care to have monogamy work for you. Why are you (spoiler alert) remarrying???

I love watching the business with his kids/Betty. Perhaps because I am a suburban housewife, it's just interesting to see how it's portrayed and where they're taking them and how life looks for them.

The fashion aspect is too much fun with its full circle. Betty's turtleneck + slim fitting pants + flats? Hello -- that is my fall/winter uniform!

Jeff loves this show partly because it's set up like a French film; more about character development than plot development. It seems like a lot of the characters have stopped developing, and the plot lines are either outright dark or have a very grim undertow, so they better get back to the character evolution or it'll be a 100% debbie downer show.

And a picture in parting: 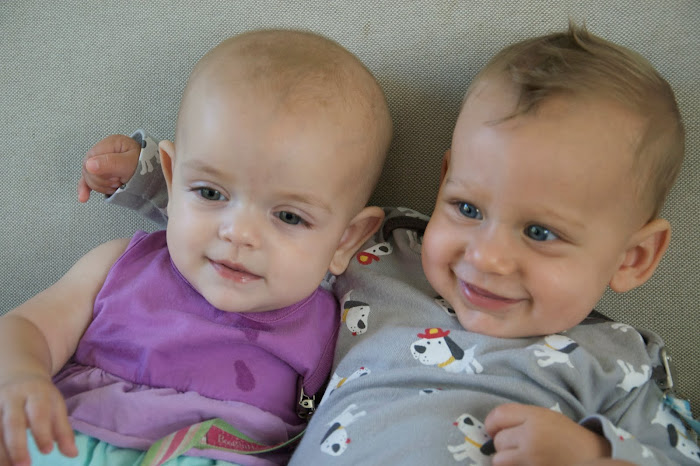